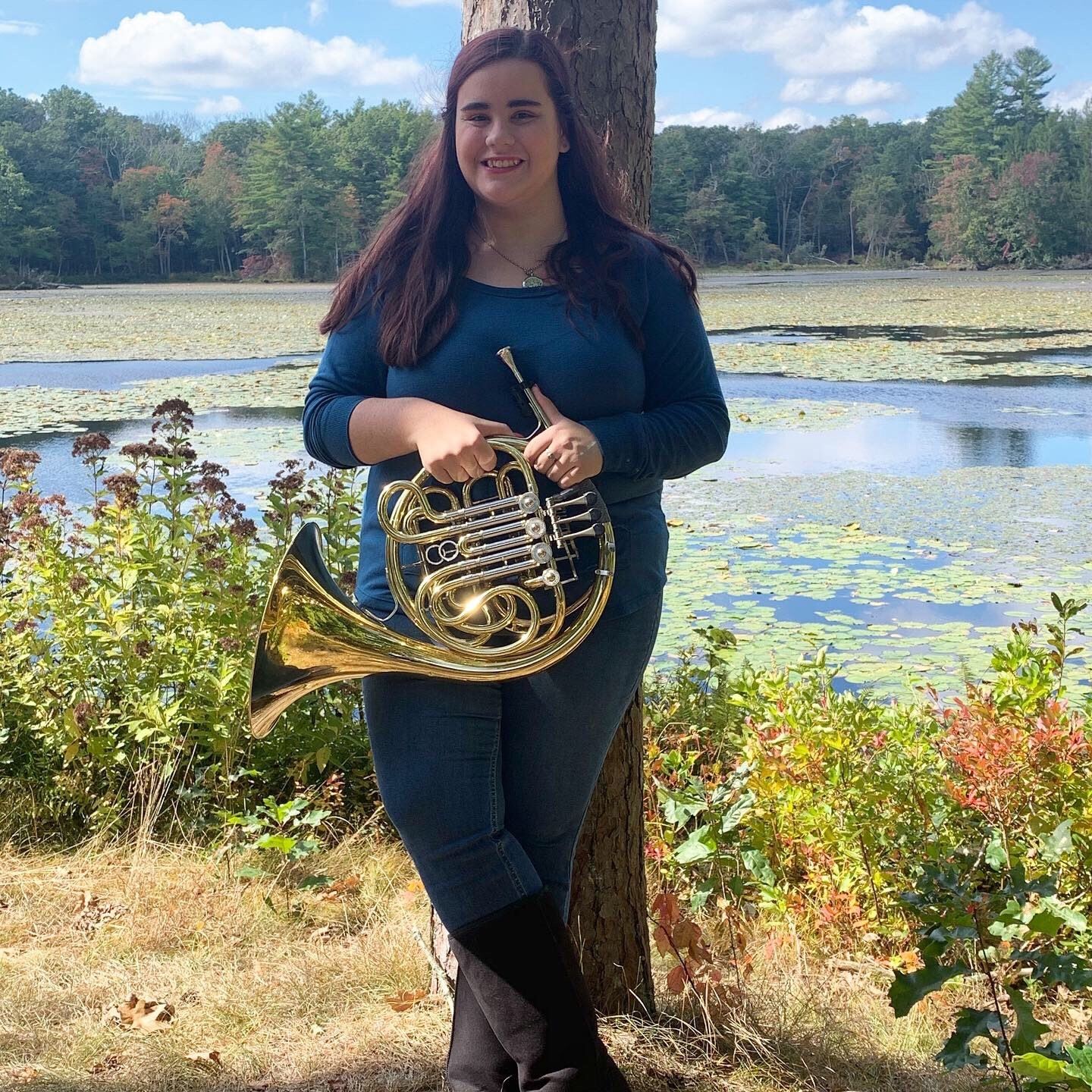 Availability: Gracie is available for in-person lessons this Fall on Tuesdays & Wednesdays, 4:00-8:00pm.

Gracie Martin is pursuing a BA in music at UConn and has been playing French horn for the better part of the last decade. She received the JOY! Conservatory Scholarship for four consecutive years in a row, which allowed her to study under Jamie Marci, one of the premiere French hornists in New England. As a sophomore in high school she was invited to join The Capitol Symphonic Winds in West Hartford as the only high school student in the ensemble. She participated in the Eastern Regionals Festival where she sat third chair in the orchestra and first chair in the concert band. She currently sits as principal chair of the UConn Wind Ensemble and the Windham Concert Band. Ms. Martin, who has received multiple scholarships from UConn to play French horn, she has studied with Eric Reed, an internationally recognized horn player, and Barbara Hill who is principal chair of the Hartford Symphony Orchestra, and a member of the Boston Symphony Orchestra.